Please contact me for corrections, to list your club, let me know about upcoming events, or just let me know what you think about the site.

As an advocate for a world without war, some think me a bit strange. That's OK. One day, my dream will come true, God Willing.

I was a competition fighter for almost 15 years, but never a warrior. Why not?

I've never been in any army, and never worked for any government. I prefer the independent life, autonomy and self-determination.

I abhor killing, and know from observing others: There is always a price to pay for certain kinds of uncivil actions.

I work to preserve life... and never take it.

Among other things, I edit medical research articles mostly coming from China to aid their publication in mostly American medical journals. https://www.silkroadvirtualuniversity.org/edit.html

Peace and love for all.

Visitors to this site are welcome to donate to keep the Silk Road Friendship Tour going
Visitors to this site are cordially invited to donate to help keep it going.
The following is my PayPal.me ID:
paypal.me/silkroadtraveler
You might need my email address:
On WeChat, I'm
naturalman2014 &
naturalman2021
WeChat is a super app for chatting, buying things and even transferring money internationally.
ABOUT this Silk Road Traveler - 关于这位丝绸之路旅行者
Mr. Brundage also known as 石龙 and Abdul Rashid bin Abdullah, has lived in/traveled through 37 countries starting at the age of 6; he had to fight a lot as a child going to schools in different countries and began formal martial art training at the age of 12; he started writing professionally in 1980. His former careers include newspaper delivery boy, potato farmer, dish washer, cook, construction worker, mason tender, landscaper, pizza delivery guy, counselor, Karate instructor, family therapist, reporter for the African American Press in the U.S.  international journalist all around Asia, legal secretary, medical researcher, university lecturer (South Korea) and high school teacher (South Korea and Beijing, China). (His C.V. is posted below. (他的简历 在下面发布)

Between getting his Undergraduate Degree and four years of Graduate School, he did independent research in neuro-physiology (Zoology Department) titled: "Extrajunctional Supersensitivity to Acetylcholine in Partially Denervated Gastrocnemious Muscle of the Frog." Why? He wondered how Taichi and other internal style martial artists who relax pathologically for decades could throw someone across a room.

During the last time he was in the U.S. (1996-2001) he spent four years as a volunteer worker with the American Red Cross "Disaster Action Team," he also worked as a market researcher interviewing IT managers at some of the largest corporations in the U.S. He also worked at Child Protective Services (two years) and two law firms (two years).

Download File
Some of my older web publications include:
* http://gregorybrundage.tripod.com/koreanswords    (Interviews with Korea's most famous swordsmiths)
* http://www.eric.ed.gov/  (Do a search using my complete name: Gregory Brundage)
* http://goldstonepencil.tripod.com/koreanfashion

MARTIAL ARTS 武术
I started Judo training at age 12, then Taekowndo, several styles of Karate, several styles of Chinese Wushu, Kendo, Fencing, Archery and other martial arts. I fought in more than 300 martial art tournaments in the 1970s and 1980s, winning among other things a Gold Medal in Wisconsin Junior Olympics in Judo 1973, earned 2nd Dan rank in Kempo Goju Karate (1981, Milwaukee) and 2nd Dan rank Taekwondo (2004, South Korea). These days I train at whatever Martial Art schools I happen to visit along the Silk Roads and east Africa.

JOURNALISM 新闻记者
I started professional writing in 1980 working for the American Geographical Society. Specifically I wrote book reviews. In the mid-eighties I started writing freelance stories for an African American newspaper - The Milwaukee Community Journal. Soon after I started working there as a full-time reporter. In 1992 I moved to Malaysia and worked as a freelance journalist publishing mainly in New Straits Times and the Sunday Star, as well as several magazines. During those years I traveled around South Asia extensively. Returning to the U.S. in 1996 I worked for Child Protective Services and two law firms, and then moved to South Korea (2001) where I worked as a teacher, though I continued freelance writing as a hobby focusing on martial arts related stories and a few interviews with foreign ambassadors. I had my high school students there do most of the interviews. In 2009 I moved to Beijing.

November, 2008
http://www.eric.ed.gov  ED502354
EFL Foreign Teacher Stress in Korea: Causes and Coping Mechanisms 心理学
﻿Other countries﻿
One of my interests is world peace, though I know this sounds like a joke to a lot of people (people who've never been in a war). To learn more about international diplomacy I've published series of interviews with Ambassadors in different countries, and many other kinds of stories: 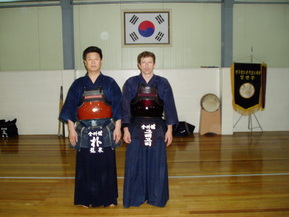 Kendo Master Park Yong Chung and I in South Korea. He's a real 8th Dan, great teacher and great guy. He didn't even let me pay for classes, so great is his love for the art. 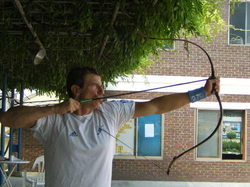 The archery scene in South Korea was relaxed and enjoyable, and the people were always open and easy going. I regularly went to several clubs and participated in many competitions. It was all good. 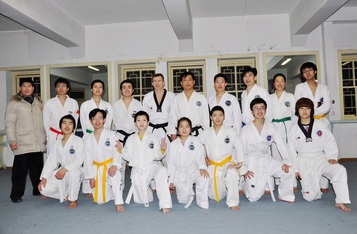 BJJ a few years ago 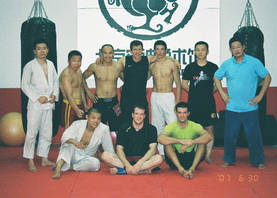 Be strong to last long... 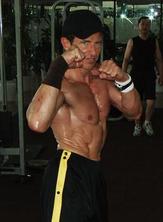 Photo from a couple of years ago at my gym. Thanks to good buddy "Da Wang" ("Big Wang") there's some good kicking/punching bags and he's always around for good conversation and hard training. Da Wang is unquestionably one of the - best of the best - strength, and fitness trainers in the world. His Jujitsu ability is quickly becomming unstoppable too!

That's me on the left and Wu Sheng Hui (Age 19) 10th generation BajiChuan on the right.
It was a rare opportunity and privilege to meet and work-out with these truly extraordinary, kind and friendly people. 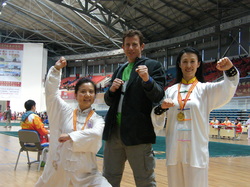 While living in the U.S. I got my 1st and 2nd Dan at Sabir's Kempo-Goju Karate School. These days I teach a small club at my school in Beijing just for fun.

This pics were taken Thursday November 17th, 2011.
Ancient history aside, my feeling is that you're only as good as your last workout. So, I train three or four times a week these days. Nothing annoys me more than guys who sit around brag about what they "used to do." That's pathetic. "Do it" as Nike advises, or "just shut up," is my philosophy. Never stop training! 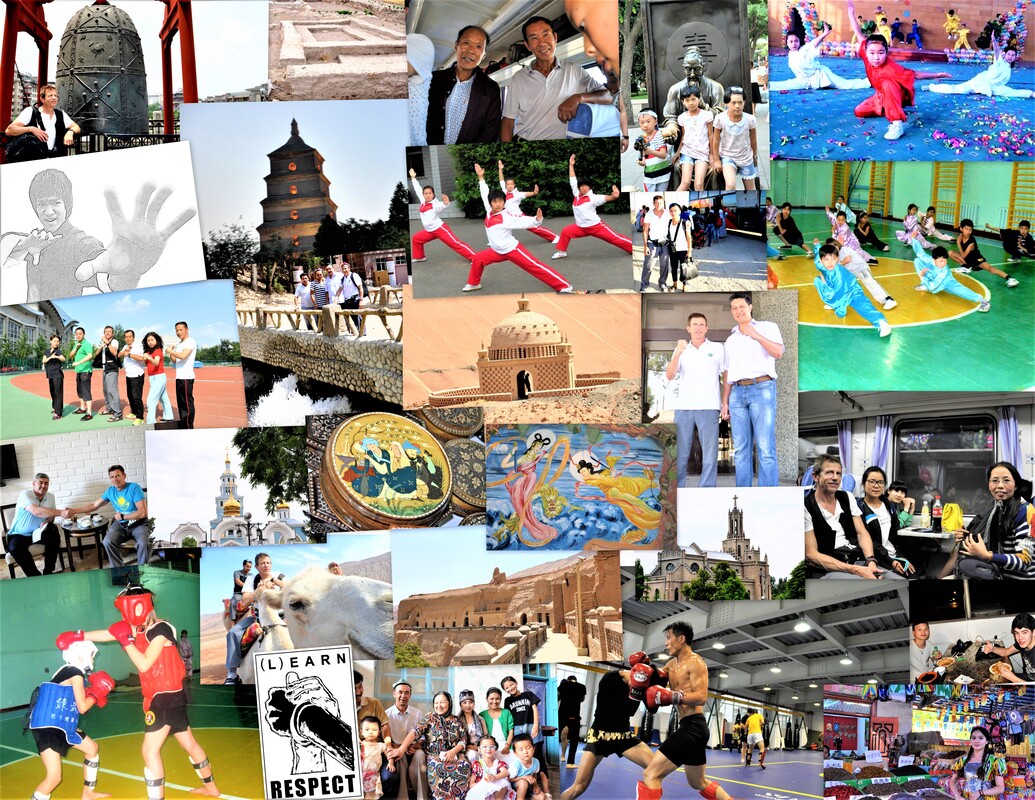 Something to meditate on:

“And if two parties among the believers fall to fighting, then make peace between them both.” Quran 49.9 (可兰经)

"Narated By Um Kulthum bint Uqba: That she heard Allah's Apostle saying, 'He who makes peace between the people by inventing good information or saying good things, is not a liar.'"Sahih Bukhari Volume 003, Book 049, Hadith Number 857.