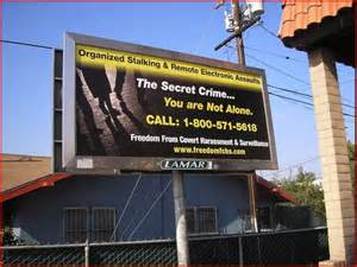 "Organized stalking", in the current-day sense, is surveillance and harassment of a designated target by stalkers who are members of groups, which are networked."
A U.S. Department of Justice special report, January 2009, NCJ 224527, titled
Stalking Victimization in the United States:
* During a 12-month period an estimated 14 in every  1,000 persons age 18 or older were victims of stalking.
* 11% of victims said they had been stalked for 5 years or more.
* 10.6% of some 4.6 million stalking and harassment victims don't know the stalkers, since they're complete strangers.
* Approximately 1 in 4 stalking victims reported some form of cyberstalking such as e-mail (83%) or instant messaging (35%).

"The majority of stalking targets do not know why they were chosen or who their stalkers are."

What is the best defense against such attacks? 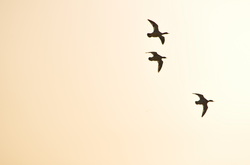 First, learn about the phenomenon of organized stalking, including their methods, strategies, tactics and technologies. For example, read this article:  http://www.stopos.info
(MS Word and Adobe copies of this article can be downloaded from the bottom of this page.)
Find a law library and talk with the reference librarian. Learn the law.
Information is power.

Second, change all your passwords regularly. Get a second computer and keep it off-line. Disable any wireless connection capability it might have. Get a techie to help if you don't know how. Keep all records on the second computer. Hand written documents usually don't look good. I've read that really clever hackers can get into a computer via the electric line, but don't know if that's really possible or just an urban legend. If it is true, using external batteries will certainly work to prevent that if indeed it is possible. The links near the bottom of this page have a lot of practical advice in regards to electronic protection. The computer is the horse, sword and shield of the 21st Century.

Third, keep a record of events, a journal or diary. Make it factual with dates and times clinically describing events. Keep it short and to the point. Don't add a lot of emotion or theories. Keep it simple.

Fourth, you might want to get either a private investigator, attorney, or law enforcement officer involved once you have collected enough information on your experiences.

Fifth, if you're not healthy, get healthy and strong. Take a walk. Over time speed it up to a slow jog. Later, you may feel like running. Join a gym. Take a martial art class, a dance class, and/or a yoga class.  Eat regularly and eat balanced meals. You need to be strong in a complicated world. Drink more water. Spend more time in natural places. Surround yourself with positive influences and people. Avoid things like alcohol which is a depressant and too much coffee or other substances that can increase tension. They can make problems worse rather than better. Live well and don't let negative influences dominate your life. Nasty people win by making their targets miserable. Win by being healthy, strong and happy.

Sixth, remember that most people are basically good. Don't isolate yourself. Make friends, be positive, keep things in perspective.

Learn a secret from fighters: The more it hurts, the more you gotta smile. Never let 'em see you sweat. 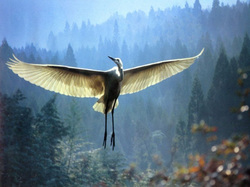 If you should find yourself on the receiving end of some nasty people's nasty games, you need a code that you can live by, a standard which needs to be maintained, a level of dignity below which you refuse to fall. Concepts like "honor" these days are laughed at by the superficial pragmatists that seem to have most of the power. But, remember the American Revolutionary War. The British won almost every battle for most of the war. But near the end, the early Americans won a few decisive battles and the war was over. The message here: Never give up.

A few years ago if you said: "People are out to get me," practically everyone would think you're crazy. Now I'm glad to see a more socially compassionate response evolving. Sure, there are paranoid people out there, people who lack social skills or are just annoying and people don't like them. But, it's also true that if you're a good person it is entirely possibly you'll attract the attention of some nasty people who just don't like good people. The old saying is true: "The only necessary for evil to triumph is for good people to do nothing." The problem of course is, if you do something, you may well become a target. And, if no one believes this is happening it can become a very lonely world indeed. So, listen to people when they have a story to tell.
If you should wake up and find yourself in a situation described on this page, my advice is don't copy the kind of revenge tactics you see on movies. Direct action usually has very negative consequences. The pen is mightier than the sword; though usually it doesn't work quite as quickly, it is much more likely to solve the problem long-term and prevent it from happning again.
I'd also like to add something else to what I've read on the links listed on this page. I don't like the word: "Victim," and appreciate the fact that most writers on this subject are using the word "target" instead. Why? If you are the target of one of these cruel operations, don't think of yourself as a victim. You ain't dead yet. Fight back intelligently. Keep a positive mind, not a "victim" mind-set.

Below you'll find the first article I read on this subject. It's excellent.

It's impossible to keep a sense of humor when people are beating the heck out of you. That's a fact. But, generally speaking you know you're recovering when your sense of humor returns. That's essential. Never lose yourself. Before you try to sleep, take a hot bath, drink some herbal tea, and put a comedy on TV. When you wake you'll be stronger and healthier, better able to "think outside the box."