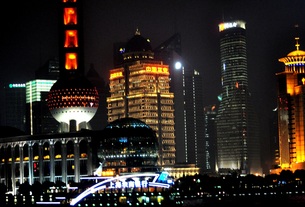 Photo by G. Brundage
Shanghai – so rich in history and elegance is ultra modern in some places  and ancient and traditional in others. It is also, with a population of 23 million, one of the world’s largest cities.

Located in the Yangtze River Delta in East China, Shanghai sits at the mouth of the Yangtze River in the middle portion of the Chinese coast. The municipality borders the provinces of Jiangsu and Zhejiang to the north, south and west, and is bounded to the east by the East China Sea.

For centuries a major administrative, shipping, and trading town, Shanghai grew in importance in the 19th century due to European recognition of its favorable port location and economic potential. The city was one of several opened to foreign trade following the British victory over China in the First Opium War and the subsequent 1842 Treaty of Nanking which allowed the establishment of the Shanghai International Settlement. The city then flourished as a center of commerce between east and west, and became the undisputed financial hub of the Asia Pacific in the 1930s. 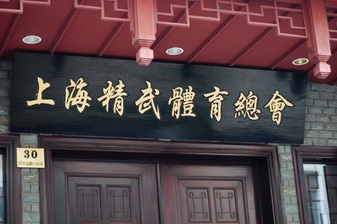 Brundage photo
Shanghai Jingwu Sports Training Center is the best place to go for learning Tai Chi Chuan in Shanghai, and maybe the world. It is a school with many of China's top masters. The current training center’s location is the original Jingwu Center founded by patriotic martial artist Huoyuanjia. It has a history of 87 years. It's got class like few other places on earth, quiet and elegant in classic surroundings, but dynamic, purposeful and fun within.  They have branches in Malaysia, Australia, England, Swizerland, New Zealand, Poland, and the U.S.
I visited last year and got to say, they're GREAT people there!
And, I wrote a story that can be found at: http://ezine.kungfumagazine.com/ezine/article.php?article=1074

As one of the first well-known professional Kung fu Centers in Shanghai, Longwu Kung fu Center has gained numerous foreign students’ praise by means of the unique design style, complete supporting facilities and professional coaches. The head of the center Guoliang is the original captain of Shanghai Wushu team. He is also the national champion and national first-grade sportsman. All the other Wushu coaches have gained excellent achievements in Wushu matches. Some coaches have nearly 20 years' teaching experiences. Website: http://www.longwukungfu.com/lw/

Shanghai Qingpu Martial Arts School has been appointed as the only “Chinese Wushu Association, Shanghai Training Base” by the State Sport General Administration, Sports Management Center. This school has a group of Wushu teachers come from various institutions of higher learning. They have solid Wushu foundation and rich teaching experience. Besides, Qingpu Martial Arts School locates at the center of
Qingpu district, Shanghai. http://www.at0086.com/SQMAI/ 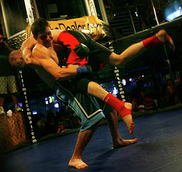 The coach Ramsey Dewey has competed professionally in MMA, Muay Thai, K-1, Sanda, and American kickboxing as well as competed in many submission grappling tournaments, and taekwondo competitions.

Classes are held at the Jiexiang "Lucky Wing" Fitness Club, 2nd floor of the Xuhui Gymnasium on 329 Fenglin Rd
The gym is open every day from 1pm till 10:30pm (or earlier if you schedule an appointment with the receptionist) Students are welcome to use the facilities any time a class is not scheduled.
Editor's note: Gotta say the facilities look b-e-a-u-t-i-f-u-l!
http://mmafitnessclub.weebly.com/the-gym.html

SHANGHAI is the Home of "One Fighting Championship" 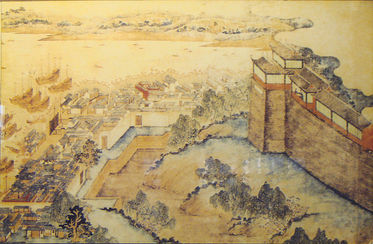