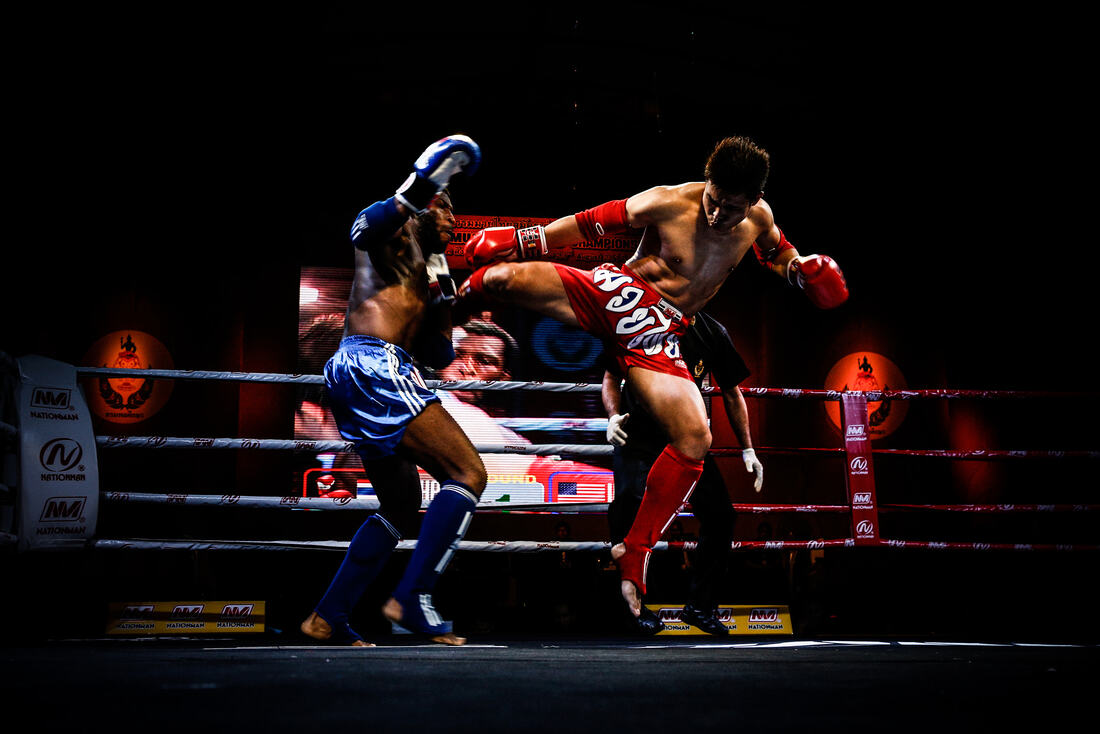 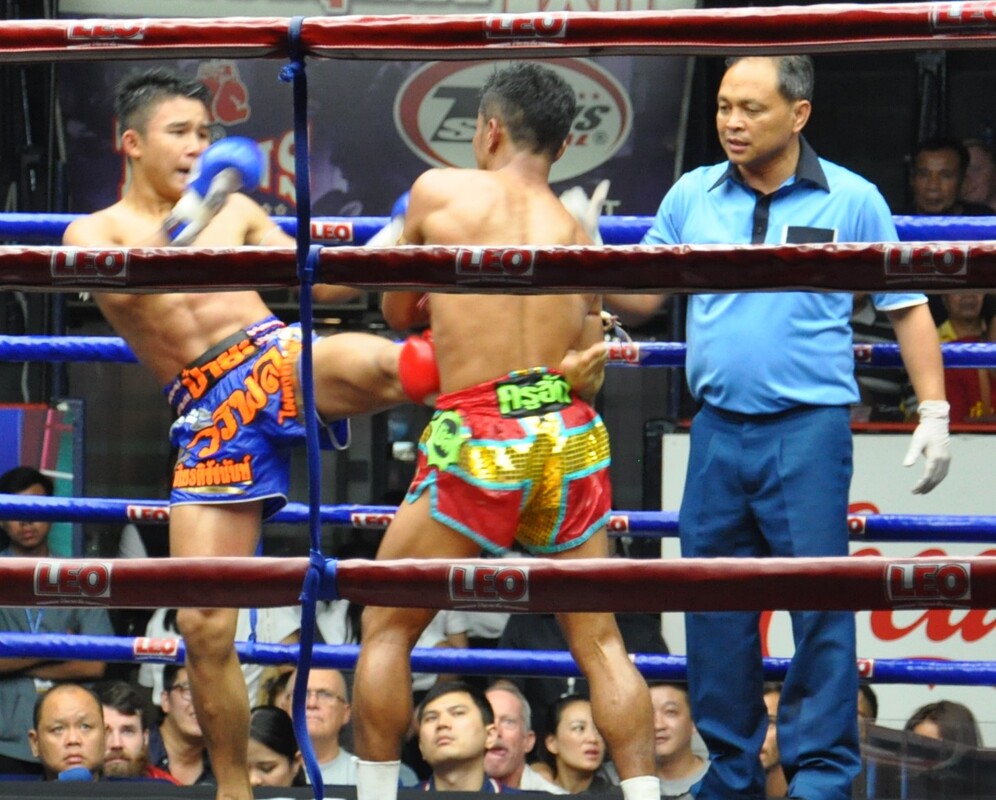 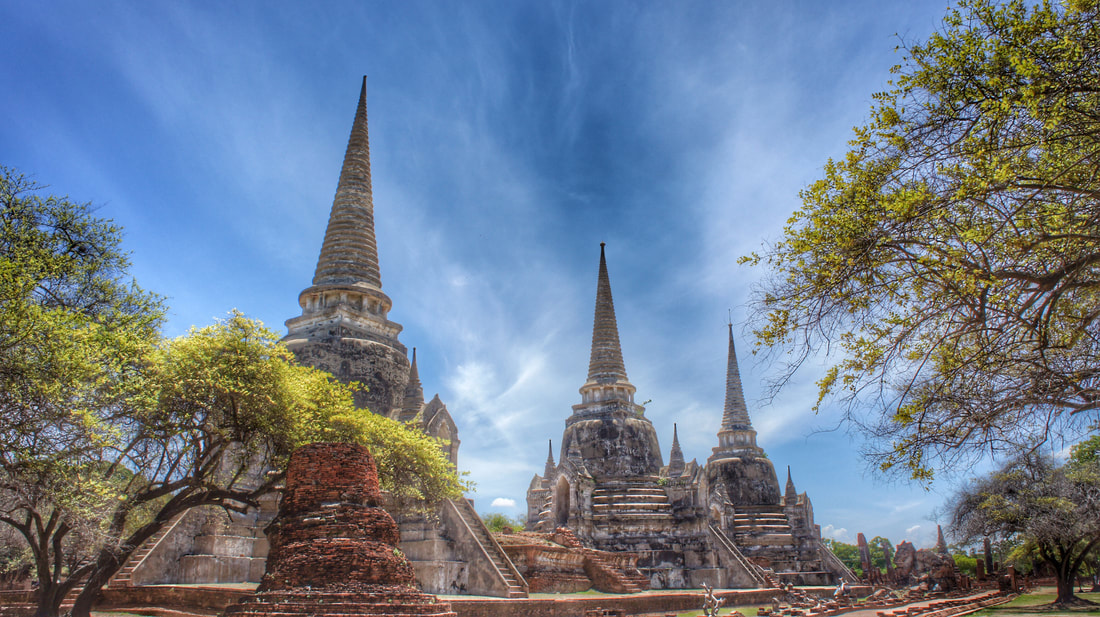 Wat phra sri sanpetch (Temple), Ayutthaya, Thailand - Echoes from Thailand's Golden age. Yes, faded a bit by war and time, but the spirits as strong as ever. Photo attribution: Nayika C., CC BY-SA 3.0
Among the entertainments was to be a highlight fight between one of the captured Siamese fighters and his champion Burmese boxer.  Nai Khanom Dtom was selected among the Siamese fighters to be their champion. According to legend, he performed the Wai Khru ritual before the contest. As soon as the ceremonial gong started the match, Nai Khanom Tom launched such a furious barrage of kicks, punches, elbows and knees that he completely crushed his Burmese opponent. The referee however, to save face for the Burmese, declared the win invalid, claiming that their fighter was distracted by the "strange" Wai Khru which he declared a form of black magic. The Burmese king then asked Nai Khanom Dtom if he was willing to compete again to prove his skills and abilities. The Siamese champion said yes, and then went on to demolish nine Burmese champions one after the next. Quite astonished, the Burmese king then granted Nai Khanom Dtom his freedom, and some legends have it the other prisoners were released as well. Before departing, the Burmese king offered Nai Khanom Dtom a choice between two gifts. One was immeasurable wealth, and the other two wives. Nai Khanom Dtom was reported to have said wealth is easy to come by and chose the two wives.
UNDER CONSTRUCTION